"The sale of our farm land, and the destruction of our farm land, must stop," Professor the Hon. Dame Marie Bashir, former Governor of NSW.
We are less than three weeks from the state election and the destructive impact of coal mining is firmly on the agenda.
The widely respected and much-loved former Governor of NSW, Professor the Hon. Dame Marie Bashir was on the cover of the Sydney Morning Herald on March 10, making an impassioned plea that our farmland be protected from coal mining.
We know Premier Mike Baird and his colleagues in the NSW Government listen when Dame Marie speaks, so the significance of this bold call cannot be overstated. Take a look: 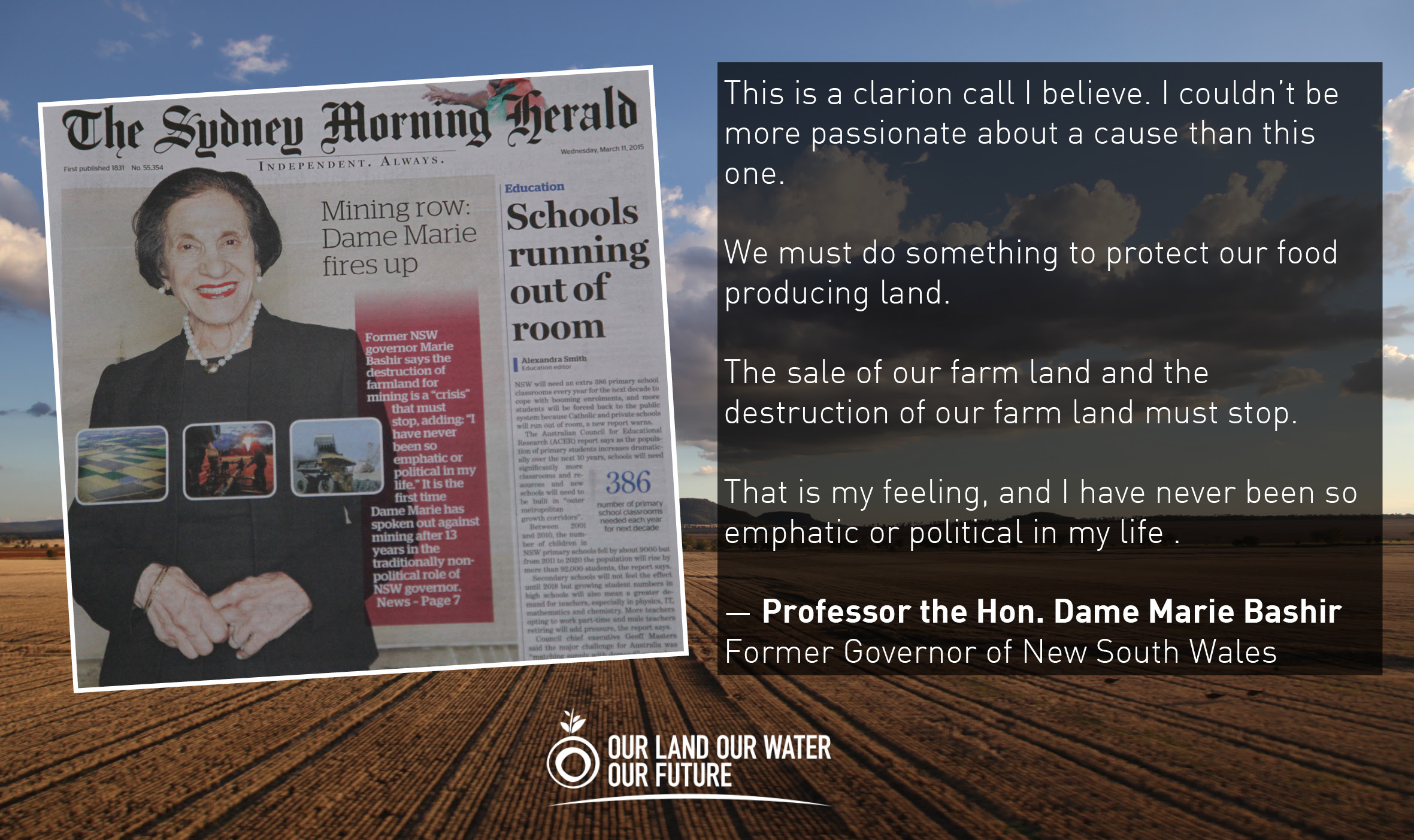 You might like to watch Dame Marie's full speech (it's inspirational!), you can check it out here.

This comes just a fortnight after leaked reports revealed that mining companies have prepared plans for as many as 16 new or expanded coal mines in the NSW Upper Hunter Valley. These are plans that our government knew about but kept secret from the community.

Mining companies often talk about rehabilitating land once mining is done but now the devastating truth has been revealed: mining in the Hunter Valley could leave a legacy of more than 10,000 hectares of land consumed as 'final voids' (giant holes) and could cost $15 billion to clean up!

Further north, the NSW government gave the green light to Chinese state-owned mining company Shenhua to put in a massive new open-cut coal mine on the Liverpool Plains. But local farmers are fighting back.

Never before have we seen open-cut coal mining on such a scale. The mines are getting bigger than ever before and closer to our homes, farmland, forests and water catchments. But right around the state communities are standing up to say enough is enough.

Our Land, Our Water, Our Future is running a campaign to tell MPs how the community is feeling about goal and gas mining. You can click here to find out about it.

(Thanks to Our Land, Our Water, Our Future for this content.)
Posted by RSWUA at 09:03